Living with Heatwaves – Learning from Australia 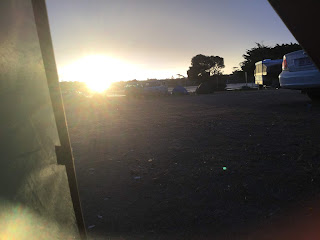 Australia just lived through the most severe heatwave in memory.  This post, from https://climateactionbega.blogspot.com/2019/01/living-with-heatwaves.html  provides interesting observations and advice from a current Australian perspective.
Much of Australia has just sweltered through another heatwave with  climate change making them more frequent and more intense. It can be tempting to retreat to our house, turn the air conditioning (if you have it ) up full bore and binge watch on Netflix. However the extra load on the electric network not only increases the amount of carbon emissions, thus making climate change and heatwaves worse,  but the heat emitted by your air conditioner increases the heat experienced by your neighbours and the electricity network can be overloaded leaving people without any electricity.
Heatwaves need to be taken seriously. They kill more people than any other natural disaster in Australia (including bushfires). They kill older people, children, people with chronic diseases, outdoor workers and bush walkers.
So how can we keep ourselves cool without contributing excessively to even more and worse heatwaves? Some ideas from Australia which may come in handy in the coming months in other parts of the world.

There are immediate, medium term and long term solutions. We all need to start putting the long term solutions into place because this summer is only the beginning of the new normal.
Immediate
Pay attention to heatwave warnings and prepare with salads and plenty of ice blocks and ice cubes.
Close up the house in the early morning. Close windows and curtains/blinds in the entire house.
Turn off lights and any appliances that don’t need to be on. All electric appliances emit heat as they work (including televisions). Plan not to cook anything because that puts a lot of heat into the house. Put boiling water in a thermos for later.
Close off all rooms you don’t need be in, particularly those on north or west side of the house. Minimise the space you need to cool.
Don’t put air conditioning (if you have it) on until it is uncomfortable and when you do set it to 25 degrees Celsius not 18. Turn it on for short burst only rather than all day.
Put off doing anything that requires you to go outside in the hottest part of the day.
Use fans and wet clothing to cool yourself.
Don’t have cold showers. Cold showers close down your surface circulation which is how your body cools the core temperature. Have a warm shower it will cool you better long term.
Drink lots of cold water. High sugar drinks actually pull water out of your body.
If your house walls and roof are uninsulated then hosing them down during the day can pull the heat out of the roof/walls and stop it entering the house.
Ice packs on your neck can help drop your core temperature.
Open up the house at night to get air flow and cool the house down. Open windows, curtains, leave doors on screen doors.
Find public places, like libraries, public buildings, movie theatres and shopping centres  with air conditioning to spend the day in.
Move mattresses to the coolest part of the house to sleep. Maybe sleep in backyard at night if your house doesn’t cool down.
Sleeping with a wet tea towel on you and a fan can drop your core temperature enough to get you to sleep.
Check on vulnerable people without air conditioning and invite them to spend the day with you if you have air conditioning.
Medium term
Stop the heat getting into your house by blocking it before it gets to your windows or walls. Use greenhouse material in front of windows/walls.
Long term
Plant more trees. We have all felt the drop in temperature when you walk into a park with old mature trees on a hot day. Plant non-deciduous trees on the western side of your houses and deciduous tree n the north (we still want to get heat in in winter). Planting trees is the best way to reduce the urban heat island effect that can see temperatures of 70 degrees Celsius in areas with lots of concrete and roads.
Built a pergola with a deciduous vine on the north side of the house.
Insulate the walls and ceiling. Install a ceiling fan.
Don’t build a house that depends on air conditioning to keep it cool. Houses can be built that use insulation and air flow to keep them comfortable in heatwaves and winter.
Put on solar power so you can turn on air conditioning without contributing to further heatwaves.
Campaign to get your local council to plant more trees along your street.
Heatwaves are here for the long term. We need to learn to adjust our behaviours and houses to cope with it.

Roads melt as heatwave escalates across parts of Australia

When the forecast map turns this colour, you know we’re in for some extreme weather. This heatwave is about to get really nasty.

(below – by Charlotte Willis and AAP)

A look into what heatwaves are and why they are nature’s silent killer.

The conditions are so extreme that the bitumen on the Oxley Highway near Wauchope has begun to melt. Picture: FacebookSource:Facebook

Temperature records have already been broken but the worst of the heatwave sweeping across parts of Australia is yet to come.

The Bureau of Meteorology warned Friday will mark the peak of the week-long heatwave — currently in its fifth day — for some of NSW’s most heavily populated areas. Temperatures in western Sydney are expected to slide well into the 40s, while the CBD is likely to have its fifth consecutive day above 30C for the first time in eight years.

On Thursday, a total of 27 places across NSW and the ACT baked in record maximum temperatures, with one town in the northwest of NSW sweltering in oppressive, all-time high heat for two straight days.

The freakish temperatures have turned forecast maps a worrying black and purple in areas where the mercury is set to spike.

Can You Survive 48 degrees?

Whitecliff, a tiny outback town with a population of just under 150 people, broke its record on Wednesday with a temperature of 48.2C, dropping only marginally on Thursday with a high of 47C just after 3pm. The extreme heatwave emptied the streets, turning it into a scorching ghost town.

Elsewhere in the far northwest, Tibooburra Airport recorded the top temperature in the state on Thursday with 48.2C just before 4.30pm.

Noona recorded 48.1C and Wilcannia Airport and Smithville both reached 47.8C, with Borrona Downs, Bourke, Cobar Airport and Delta all reaching temperatures of at least 47C.

In Sydney’s west, Penrith, Richmond, Campbelltown and Camden all reached 35C by 1pm.

Conditions are so extreme that the bitumen on the Oxley Highway near Wauchope, just west of Port Macquarie, began melting about midday.

The Oxley Highway near Wauchope has started to melt as the oppressive heat continues. Picture: FacebookSource:Facebook

Motorists were warned of the deteriorating surface as social media photos show the tar beginning to melt. Picture: FacebookSource:Facebook

Looking ahead, the Bureau of Meteorology has warned of more sweltering weather on the way for much of the state.

In a statement, BOM spokeswoman Anita Pyne said the west of NSW would likely see temperatures in the mid to high 40s, including areas around the Ivanhoe and Menindie areas forecast to hit up to 48C.  Broken Hill is forecast to reach four consecutive days of more than 45C — an event which has not happened since records began in 1957.

Transport for NSW is warning drivers to allow extra time on the roads as dangerous temperatures often result in more breakdowns as vehicles overheat.

Meanwhile, the NSW Rural Fire Service is battling more than 60 fires across the state, and 13 fire bans are in place across much of central NSW, stretching from the Victorian border up to Queensland.

Pedestrians are seen in Sydney’s CBD during a scorching day on Thursday. Picture: AAP/Paul BravenSource:AAP

Paramedics have been called to treat numerous patients for heat-related illnesses, including three children in Sydney’s southwest who were suffering from exhaustion, heatstroke and vomiting. One was taken to Liverpool Hospital in a stable condition.

Sydney train users are being warned there could be delays across the network as temperatures rise.

Temperatures in Sydney’s west are expected to climb as high as 45C on Friday, ahead of a long-awaited cool change on Saturday.

12 ways to beat the heat

Our top tips for surviving a heatwave.   See https://www.news.com.au/technology/environment/roads-melt-as-heatwave-escalates-across-parts-of-australia/news-story/ea23d38d583ccafa24c6a42b9574b06f

1  Get down low. A s the heat rises, get lower. If you’re in a multi-storey dwelling, head downstairs. If you can’t do that, keep as low as you can. Under a tree, or in a swimming pool.

Tasmania _  Perfect one day, a balmy 20 degrees the next. Is a mini-break really out of the question? (Note: If Tassie’s also stinking hit  try Finland.)

Beachgoers cool off at Bronte Beach as heatwave conditions sweep across the state. Picture: Joel Carrett/AAPSource:AAP

From a Canadian perspective  can we learn anything from our Australian friends?  Like us, they are among the most prolific contributors to human powered climate change and are now some of the first to experience severe consequences.