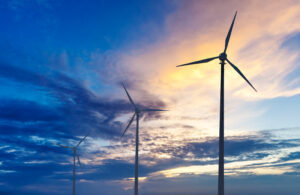 There’s a recent phenomenon in which smart people, mostly white men, parachute down from a higher plane to tell us mere mortals the truth about fighting climate change. Colorfully dubbed “first-time climate dudes” by journalist Emily Atkin of the newsletter Heated, they invariably offer some version of doom and gloom, whether it’s Bill Gates calling any attempt to rapidly reduce greenhouse emissions to near zero “a fairy tale”, or novelist Jonathan Franzen proclaiming in the New Yorker that we must “accept that disaster is coming.”

Wrong too is John Kerry, President Joe Biden’s climate envoy, when he says that half of future emissions cuts will have to come from technologies not invented yet.

He should know better.

In fact, we already have the basic technologies we need to slay the monster of climate change. Moreover, these technologies are not just affordable now, but they continue to get cheaper (and better) at a stunning pace, and new ideas are constantly emerging. In fact, humanity may look back after 20 or 50 years and wonder why we ever thought it was so hard or so expensive to move beyond the era of fossil fuels.

Don’t misunderstand me, though. I can do alarmism as well as anyone—at least about the science. I wrote a story nine years ago about the growing worries and evidence that climate change could be happening faster than the consensus predictions at the time, as positive feedbacks like melting permafrost and declining sea ice coverage kicked in. Since then, it has become clear that the fears were more than justified. Without immediate and dramatic emissions reductions, we face an inevitable future of potentially catastrophic extreme weather—what an article in the journal Nature calls a “rapid and unstoppable” sea level rise, and many other devastating impacts. And if we delay too long, all those feedbacks could eventually push the planet towards a “hothouse Earth” scenario (as a scientific paper that went viral put it) like that of the Paleocene-Eocene Thermal Maximum 55 million years ago, when the Arctic was a subtropical paradise and the tropics may have been too hot for most life to exist.

But if both the threat and the need for urgent action are huge, the solutions are already at hand. While I’m not a professional scientist, I have covered climate change for BusinessWeek, Newsweek, and other publications for more than three decades and, in the last few years, have been fortunate to work as writer or editor on a number of reports on the topic, such as Risky Business’s From Risk to Return and both the Global Energy Transformation: A Roadmap to 2050 and Electrification with Renewables from the International Renewable Energy Agency (IRENA). These and a slew of other studies, like these 56 compiled by Stanford University, show a clearly achievable and affordable three-step path to making the dramatic emissions cuts needed to prevent climate catastrophe.

Continue reading at the source.