Communities in coastal areas of the U.S. saw record-setting high-tide flooding last year, part of a trend of rising seas that scientists said Tuesday is expected into 2021.

The National Oceanic and Atmospheric Administration (NOAA) said in a new report that particularly along the Atlantic and Gulf coasts, there’s been an “extraordinary” rise in high-tide flooding since 2000.

“Damaging floods that decades ago happened only during a storm now happen more regularly, even without severe weather,” Nicole LeBoeuf, acting assistant administrator for NOAA’s National Ocean Service, said on a conference call with reporters.

The report, 2019 State of High-Tide Flooding and 2020 Outlook, documents changes in high-tide flooding patterns at 98 NOAA tidal gauges along the U.S. coast from May 2019 to April 2020.

The increase in high-tide flooding in comparison to the relative sea level in the U.S. can be seen in this graphic from NOAA. (NOAA)

Government scientists found that high-tide flooding, which is often referred to as “nuisance” or “sunny day” flooding, is growing more common due to years of relative sea-level increases.

When tides reach anywhere from 1.75 to 2 feet above the daily average high tide and start spilling onto streets or bubbling up from storm drains, that’s what known as high-tide flooding.

As sea-level rise continues, the NOAA report states that damaging floods that decades ago happened only during a storm, are now more regular, such as during a full-moon tide or with a change in prevailing winds or currents.

Vehicles drive through flooded streets in Newport Beach, Calif., July 3. The combination of surf and high tides could produce minor coastal flooding at the lowest coastal locations in the evenings during high tide this holiday weekend, according to the National Weather Service. (AP Photo/Matt Hartman)

A recent high-tide flooding event happened over the Fourth of July weekend in Southern California when Newport Beach had streets flooded due to a combination of surf and high tides.

Homes and streets near the coastline are seen flooded with seawater in Newport Beach, Calif., July 3. (AP Photo/Matt Hartman)

“America’s coastal communities and their economies are suffering from the effects of high tide flooding, and it’s only going to increase in the future,” LeBoeuf said.

According to the report, U.S. coastal communities saw a median flood frequency of four days in 2019, just shy of the record set last year. But 19 locations along the East and Gulf coasts set or tied records where rapidly increasing trends in high tide flooding have emerged.

The city of Charleston, S.C., had 13 days where flooding reached damaging levels, compared to only two days in 2000. Overall, locations in the Southeast saw a three-fold increase in flooding days in 2019 compared to 2000.

According to the NOAA report, U.S. coastal communities saw a median flood frequency of four days in 2019, just shy of the record set last year.

The greatest increase in the number of flooding days was across the Western Gulf, where Sabine Pass and Corpus Christi, Texas, had 21 and 18 flooding days in 2019, while in 2000 those locations would typically only experience about one and three days, respectively.

Government scientists involved in the report project that from May 2020 to April 2021, the national high tide flood frequency is expected to accelerate, with U.S. coastal communities seeing an average of two to six days of flooding in the coming year. Communities along the northeast and western Gulf coasts are projected to see even more days of flooding. 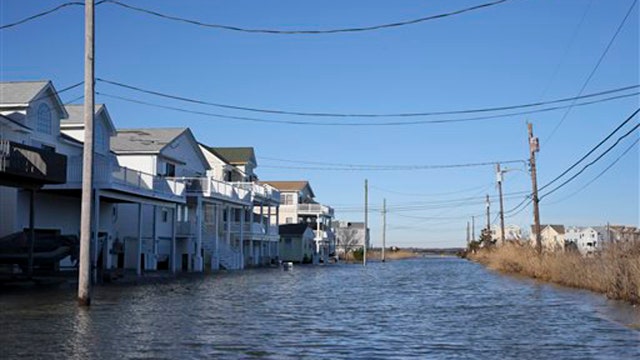 That could increase by 2030 to seven to 15 days of high-tide flooding for coastal communities nationally.

“This will become the new normal unless coastal flood mitigation strategies are implemented or enhanced,” NOAA’s executive summary reads. “Communities are investing in coastal infrastructure upgrades and adaptation strategies to address current flooding issues, but concerns regarding property access and future valuation/exposure, business disruption, public health, and other such concerns are growing.”