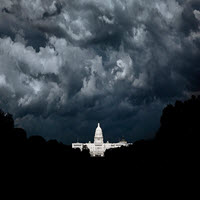 A 40 min must read – Illuminating the emerging visibility of the very complex domain of politics – the context within which people must solve global & local problems.

At first glance, this isn’t obvious. Among his first actions upon taking office, Trump vetoed the Trans Pacific Partnership, the controversial free trade agreement which critics rightly said would lead to US job losses while giving transnational corporations massive power over national state policies on health, education and other issues.

Trump further plans to ditch the Transatlantic Trade and Investment Partnership (TTIP) between the EU and US, which would have diluted key state regulations on the activities of transnational corporates on issues like food safety, the environment and banking; and to renegotiate NAFTA, potentially heightening tensions with Canada.

Trump appears to be in conflict with the bulk of the US intelligence community, and is actively seeking to restructure the government to minimize checks and balances, and thus consolidate his executive power.

Trump’s White House has purged almost the entire senior staff of the State Department, and tested the loyalty of the Department of Homeland Security with its new ‘Muslim ban’ order.

So what is going on? One approach to framing the Trump movement comes from Jordan Greenhall, who sees it as a conservative (“Red Religion”) Insurgency against the liberal (“Blue Church”) Globalist establishment (the “Deep State”). Greenhall suggests, essentially, that Trump is leading a nationalist coup against corporate neoliberal globalization using new tactics of “collective intelligence” by which to outsmart and outspeed his liberal establishment opponents.

But at best this is an extremely partial picture.

In reality, Trump has ushered in something far more dangerous:

The Trump regime is not operating outside the Deep State, but mobilizing elements within it to dominate and strengthen it for a new mission.

The Trump regime is not acting to overturn the establishment, but to consolidate it against a perceived crisis of a wider transnational Deep System.

The Trump regime is not a conservative insurgency against the liberal establishment, but an act of ideologically constructing the current crisis as a conservative-liberal battleground, led by a particularly radicalized white nationalist faction of a global elite.

The act is a direct product of a global systemic crisis, but is a short-sighted and ill-conceived reaction, pre-occupied with surface symptoms of that crisis. Unfortunately, those hoping to resist the Trump reaction also fail to understand the system dynamics of the crisis.

Read the rest of the article here