Recently, GDP has come under scrutiny as a planning tool, with some decision-makers turning instead to the Happiness Index, a marker that focuses on the wellbeing of the citizens rather than an economic bottom line. This Index would help governments use their budgets with the aim to increase the welfare of its citizens instead of the nation’s Gross Domestic Product .

Gross Domestic Product (GDP) has always been a dependable tool for economic discussions, an index that is used to determine the health of an economy and the wellbeing of a nation. GDP is a measurement of the value of finished goods and services within a country over a specific time frame. A nation’s Gross Domestic Product can then be divided by its population to determine the GDP per capita. This is, in turn, used to make assumptions on standards of living within that country, with the idea that the higher the per capita amount, the better the standards are. 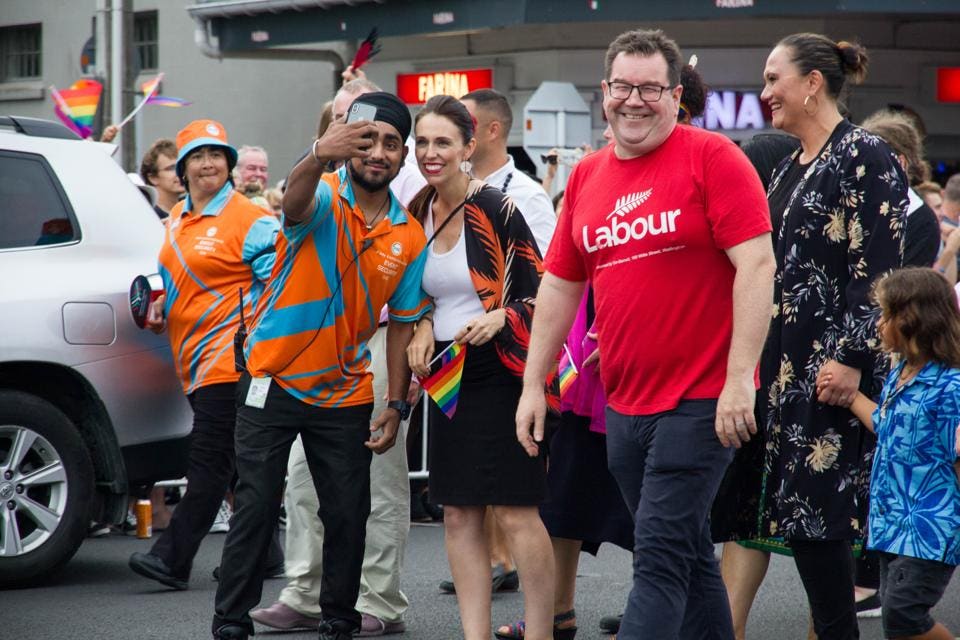 However, GDP has had mixed results when trying to illustrate the welfare of the people. As an economic tool, it only makes assumptions about the basic standards of living, which can be different across the socioeconomic spectrum of a nation. Additionally, better standards of living do not necessarily equate to better welfare, with the latter affected by a range of factors including but not limited to mental wellbeing, cultural resilience, and environmental health.

Nobel Prize-winning economist and designer of the modern GDP Simon Kuznets noted himself in 1934: “The welfare of a nation can scarcely be inferred from a measurement of national income.” GDP, which had been used in one form or another since 1654, was reworked to its current state in 1934 when Kuznets presented a report to the US Congress regarding national wealth. However, as he expressed at the time, it should not be used as more than an economic tool to set an economic value of a country’s production power, and that equating GDP to citizen welfare would be over-simplifying a very complex situation.

The Kingdom of Bhutan became the first nation to test a Gross National Happiness Index in 2008. Bhutan started to measure factors including psychological health, living standards, community vitality as well as environmental and cultural resilience – which the government would then use these metrics to inform its policies. Creative accurate measurements for these factors that are easy to measure is often challenging, an excuse often given for avoiding them altogether.

New Zealand Prime Minister Jacinda Ardern is the latest leader to adopt the Happiness Index metric, announcing a new budget that focused on improving the prosperity of local communities. Ardern hoped that it would: “(lay) the foundation for not just one well-being budget, but a different approach for government decision-making altogether.” As part of the budget, there will be an increase of NZ$200 million (US$131 million) in services aimed at helping victims of domestic and sexual violence as well as housing programs for the nation’s homeless population. Described as a “game-changing event” by London School of Economics Dr. Richard Layard, New Zealand’s budget has set a new standard for progressive policy “no other major country that has so explicitly adopted well-being as its objective.” 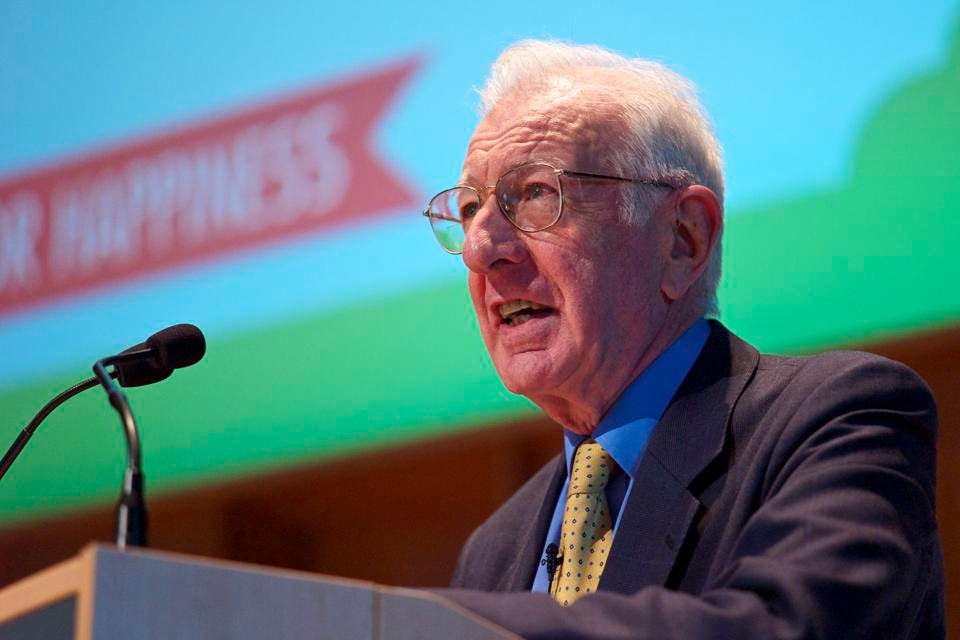 The launch of “Action For Happiness” in London, encouraging hugging, meditation and random acts of kindness. It is getting underway as the British government asks statisticians to measure the economically battered nation’s well-being.

After unveiling New Zealand’s new economic framework, the center-left government also explained the basis behind their shift in focus. All new spending must advance one of five government priorities: improving mental health, reducing child poverty, addressing the inequalities faced by indigenous Maori and Pacific island people, thriving in a digital age, and transitioning to a low-emission, sustainable economy. New Zealand’s change in policy represents a shift that economists have long theorized could be a more effective use of government spending .

The 4.9-million strong nation has a long history of progressive policy-making and defending its interests against international superpowers, and as Max Harris lays out in his book The New Zealand Project, it makes it the ideal nation to lead a change in global views. In his 2017 publication, Harris explains how the island nation would be better served working towards integrating traditional community values focusing on collective welfare in order to tackle large issues such as climate change or social inequality. Harris’ vision for a better, happier and more cohesive New Zealand is now a step closer to being fulfilled, with Jacinda Ardern’s new wellness budget.

As Finance Minister Grant Robertson points out, the economic growth of a nation should not come at the cost of its citizens: “Sure, we had – and have – GDP growth rates that many other countries around the world envied, but for many New Zealanders, this GDP growth had not translated into higher living standards or better opportunities. How could we be a rockstar, they asked, with homelessness, child poverty and inequality on the rise?” 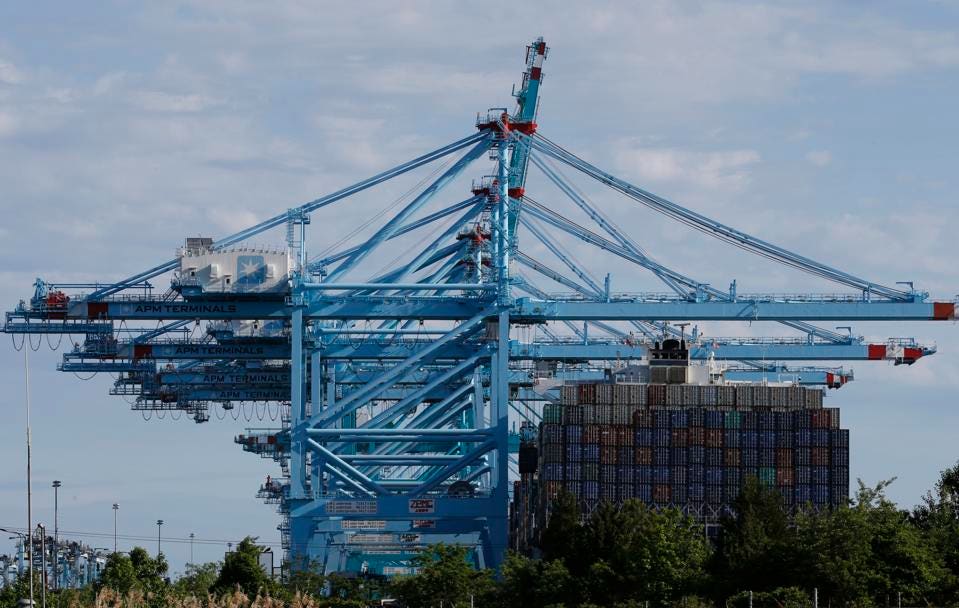 A container ship is loaded at the Virginia International Gateway terminal in Norfolk, Virginia, USA. On May 30, the Commerce Department issued the second estimate of how the U.S. economy performed in the January-March quarter.

Robertson’s statement summarizes the views of many governments worldwide, who are increasingly looking to create happier communities “For me, wellbeing means people living lives of purpose, balance, and meaning to them, and having the capabilities to do so.” From the United Kingdom to Bhutan, the Happiness Index has been adopted in various forms in order to improve the welfare of the general population, while also re-prioritizing the use of a nation’s economic powers. New Zealand’s decision to embrace it as a defining part of their national budget has started debates internationally to determine whether this new approach may be the most effective for both communities and their respective economies.

GDP may be an outdated metric when it comes to determining the welfare of a nation’s populace and although it presents an accurate indication of a country’s economic health, its role as a key budgetary tool. As nations increasingly move towards transitions toward sustainable development and efficient energy policies and technologies, the use of the Happiness Index could help spur investment in projects that improve the community, the economy, and the environment. New Zealand has always been at the forefront of change throughout the ages, and it is poised to continue its ways by pioneering a community-centered economic plan.