How Is Overtourism Impacting Travel To Popular Destinations?

It is a wonderful thing that so many people are traveling the world and exploring its great treasures. But there is a downside to so much interest, overtourism. Many of the world’s destinations cannot handle such an onslaught of tourism. In order to protect these popular attractions from overcrowding, many local governments and tourism boards are starting to take action. 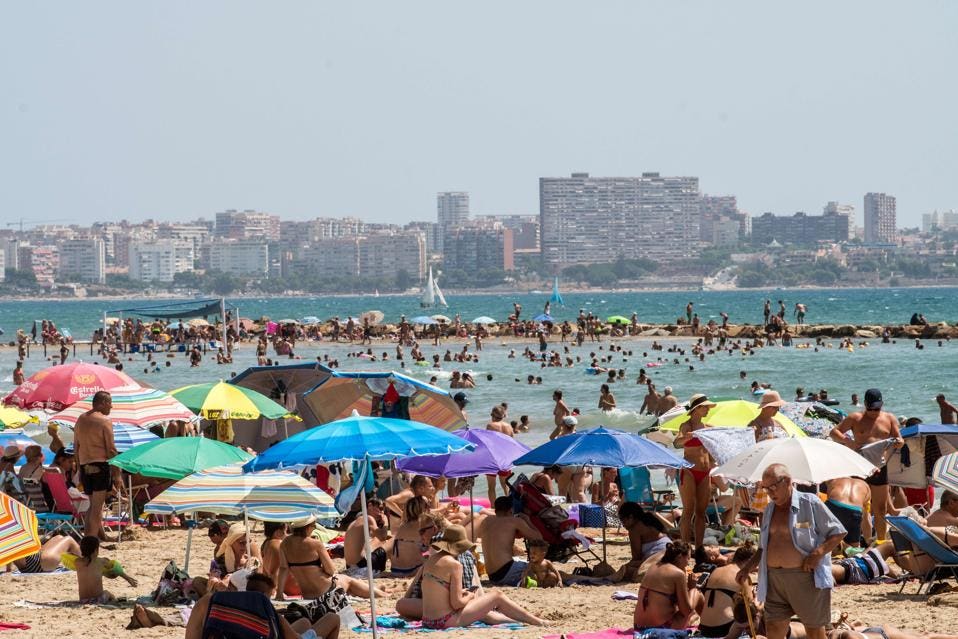 “Overtourism” is when too many tourists overwhelm a destination, shifting the balance from a positive experience to one where tourism becomes unsustainable.

The World Travel & Tourism Council partnered with McKinsey & Company to produce a study on the effects of overtourism. The results were boiled down to five challenges associated with overtourism:

Each of these challenges is important. They must be taken into consideration when rules are put in place to limit the damages from overtourism.

What is being done to limit its effects?

The world’s population is only increasing with more people traveling internationally for the first time. The United Nations World Tourism Organization forecasts international tourism will increase to 1.4 billion people by 2020. With so much demand, there is a need to be more mindful of how and when we travel so that more restrictive rules do not need to be put in place.

Local governments have been placing restrictions on the number of tourists and implementing rules to ensure there are protections for workers, animals, and popular sights.

With so many stakeholders involved, any changes will be met with resistance from one or more parties. On any given issue, there is:

Destinations around the world are taking action to limit the impacts of overtourism. Here are a few examples of the impact we are having on the local environment, people, animals, and historical monuments.

Santorini is gorgeous with its sweeping views of pristine white buildings with blue roofs overlooking the sea below. What you don’t see in the pictures are the donkeys that traverse the 600 steps of the winding, cobblestone pathway known as the Karavolades stairs in the town of Fira.

Newsweek reports that the donkeys are now getting protection from 12-hour workdays in the sweltering Mediterranean heat. The municipality has pledged to improve the donkeys working conditions. There is even a charity to help the donkeys.

Note: there is a de facto limit on access for most cruise visitors – the limit is largely defined by the number of seats available on the funicular – but as most cruise ships arrive and leave at nearly the same time lines can be long.  (See photo from T. Manning above)

Along the western coast of Italy are five picturesque villages in the mountainside known as the Cinque Terre. Soon, tickets will be sold online and an app is being developed to show tourists which of the villages has the most people.

The government began limiting how many people can visit this mountaintop historical site. Now tourists can only visit in groups of 16 and for a limited time. The government also implemented rules to ensure people stay on one of the three paths at all times.

Venice is famous for its waterways and singing gondoliers. But overtourism is overwhelming the city. Large cruise ships can no longer use the city’s terminal. Locals worry that the ships threaten the foundations of Venetian buildings that are centuries old.

With airlines promoting Barcelona as a discounted destination, tourists have continued to flock here. In 2016, there were over 34 million visitors. Such an influx has placed a strain on infrastructure and led to property owners evicting locals so they can rent to tourists. Unhappy locals have been spraying graffiti and protesting tourists.

With advances in science, nutrition, and gear, climbing Mount Everest has never been easier. Ok, it is still incredibly difficult, but more people are attempting to reach the peak. Climbers are supposed to bring down anything they bring with them. But sherpas still collect hundreds of kilograms of trash each year.

With the increased number of climbers, safety concerns forced the government to ban solo climbers and forced foreign climbers to travel with a guide.

In October 2015, the Spanish Steps in Rome closed for two months for cleaning and repairs. The $1.7 million in repairs were privately funded by the Roman jeweler Bulgari. The last restoration was only 20 years prior in 1995.

There are over 1,000 UNESCO Heritage Sites around the world, including many listed above. However, while UNESCO’s mission is to preserve these historical monuments and locations, just being on the list is actually increasing traveler interest.

How can you help reduce overtourism?

There are some simple adjustments you can make to reduce the impact of your travels on the locals and the destination to ensure it is available for generations of future travelers.

Be a respectful traveler

The number one thing is to be respectful when you visit. Don’t litter and even consider picking up an extra piece of trash or two along the way. Understand the local customs and adhere to them as closely as possible. Try to learn some useful phrases and words of the local language. Additionally, always stay within boundaries so that you’re not damaging historical sites.

Visit in the off-season

The easy suggestion is to visit someplace else. But that’s not an easy answer because so many of these destinations are incredible and offer once-in-a-lifetime experiences.

The more realistic expectation is to visit in the off-season when there is less demand.

Not only will you have a more enjoyable experience because of less crowding, there are other benefits as well. Traveling in the off-season will save you money on airfare, hotels, and tourist packages. Plus, if you fly using airline miles, there is a greater chance you’ll find award availability. Now that more hotels are switching to variable pricing, your hotel reservation using points could cost less as well.

Overtourism is having a negative impact on many popular destinations around the world. Many sites are implementing rules and limiting the number of visitors to combat overcrowding. We can lessen the impact by traveling during off-peak seasons and by being responsible and respectful of the place and its people.

Work by the UNWTO and by the Global Sustainable Tourism Council is helping to define the limits to acceptable tourism and to create overall codes for sustainable destinations.

Studies on carrying capacity have been done in many impacted destinations and in some cases efforts are in place to redirect tourists to alternatives and to place limits in season.

As well, sensitivity to local residents is helping reduce social impacts, and many destinations are now re-examining their future tourism after Covid .