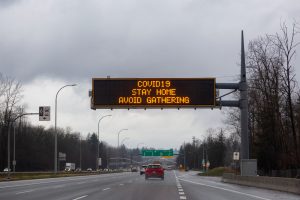 TORONTO — How do Canadian provinces compare to American states in terms of COVID-19 cases? We’ve calculated reported cases per million people each day of the pandemic to get an idea of how the two countries stack up. Overall, even Canada’s highest-reporting regions are low compared to places south of the border.

When you create a sorted list of the provinces and states (including Washington, D.C.), Canada’s first province, Quebec, ranks 29th when it comes to recent cases per capita. Currently, 23 states have fewer average daily cases per million.

Even at their peaks, Canada’s provinces are still relatively low – Quebec tops the list for Canada at 43rd overall in terms of highest all-time average daily cases per million people.

View an updated list of the states and provinces sorted by the current number of cases being reported.