China is one of the most biodiverse nations in the world and despite many stresses it has a significant program to monitor and protect its natural heritage.
China is also party and significant factor in many of the global accords and supports actions to preserve and conserve. 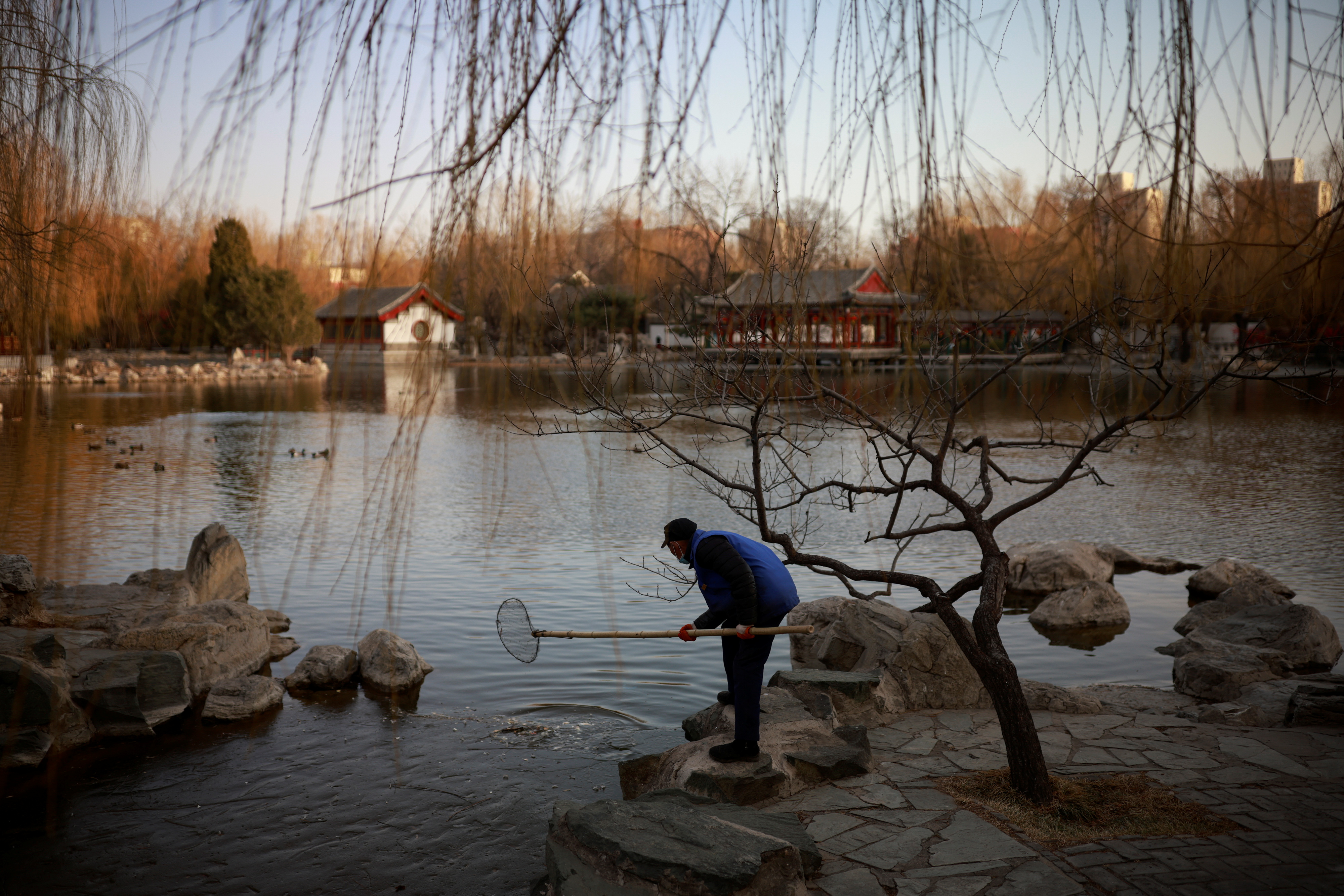 A worker cleans a lake in Daguanyuan Park as China celebrates Lunar New Year of the Ox following an outbreak of the coronavirus disease (COVID-19) in Beijing, China, February 15, 2021. REUTERS/Thomas Peter

SHANGHAI, Aug 27 (Reuters) – China will urge countries to recognise the importance of biodiversity in human health and endorse key Chinese Communist Party slogans about protecting natural ecosystems, according to a draft declaration submitted to the United Nations this week.

China wants the “Kunming Declaration” to be agreed by all parties ahead of delayed “COP 15” biodiversity talks due to take place in October in the southwestern city of Kunming, with the aim of sealing a new global treaty.

The “zero draft” of the declaration, published on the official website of the U.N. Convention on Biological Diversity on Thursday, includes the key Chinese Communist Party concept of “ecological civilisation”.

It also includes the formulation of “lucid water and lush mountains”, first used in a 2005 speech by President Xi Jinping and included in dozens of Chinese policy documents and propaganda campaigns since he became leader in 2012.

The document also calls on parties to “mainstream” biodiversity protection in decision making, and recognise the importance of conservation in protecting human health – a prominent theme among China’s leaders in the wake of the COVID-19 pandemic, which has been blamed on wildlife trading and ecosystem destruction.

China wants the international community to sign the declaration during the virtual Kunming talks on Oct. 11, with the aim of building a consensus behind a more detailed global treaty to be finalised in person next May.

Governments have been invited to give their “feedback” to the draft before Sept. 6, according to a covering letter sent to the United Nations by Chinese environment minister Huang Runqiu.

“Ambition will need to be built up over the next month,” said Li Shuo, senior climate advisor with the environment group Greenpeace in Beijing.

“As the technical negotiations sink deeper in the mud, the Declaration should help forge the consensus that technocrats are unable to,” he added.